Report: Heat are only active suitor for Jimmy Butler 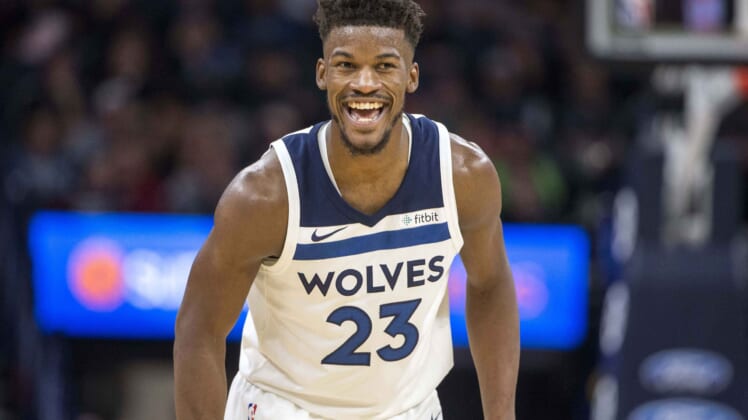 Jimmy Butler is insistent on not playing for the Minnesota Timberwolves this season, but only the Miami Heat are truly pursuing a trade for the All-Star.

According to ESPN’s Adrian Wojnarowski, there are no serious, ongoing talks between Minnesota and any other team beyond the Heat.

Butler — who, per Woj, told Minnesota he’ll leave in free agency next summer — is forcing his way out of a dysfunctional franchise. Miami and the Wolves previously engaged in trade talks, but those discussions fell through.

Minnesota owner Glen Taylor wants a trade to be finalized, but head coach Tom Thibodeau and general manager Scott Layden are holding out for a perfect deal. Unfortunately for the Wolves, they don’t have much leverage.

At some point, Thibs and Layden must execute a deal. Otherwise, Butler’s value will continue to fall before he inevitably leaves anyway.