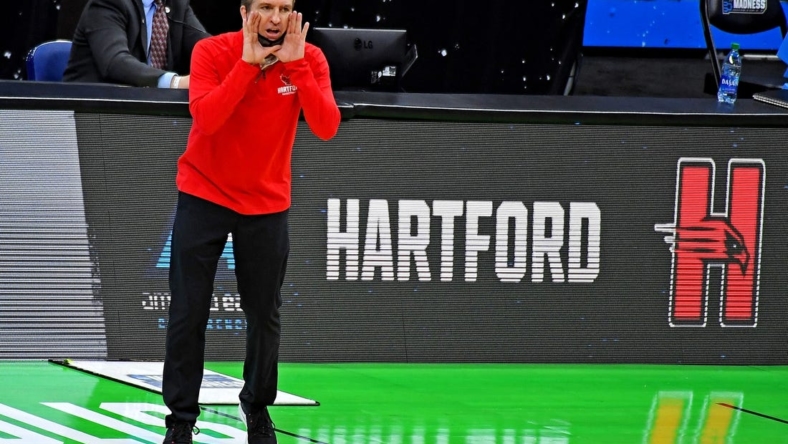 Hartford coach John Gallagher sent his letter of resignation to the university’s president Monday, the Hartford Courant reported, just one day before the team is scheduled to play its first game of the season.

Gallagher spent the past 12 seasons as head coach of the Hawks. He guided Hartford to a surprise victory in the America East Conference tournament in 2021, earning a bid to the NCAA Tournament for the first time in program history.

One month later, Hartford revealed its plans to reclassify from Division I athletics to Division III, surprising students and coaches at the time.

According to the Courant, Gallagher alleged in his resignation letter that the university did not allow him to bring an athletic trainer with the team to a closed scrimmage last week at Dartmouth, part of an ongoing cutting of resources that he claims is affecting student-athletes’ well-being. He said one of his players hurt his knee at Dartmouth and was unable to receive proper care.

“As I have communicated on numerous occasions … the University of Hartford has not only breached the material terms of my contract, but has consistently and repeatedly undermined the men’s basketball program to the point where player safety and well-being has been jeopardized,” Gallagher wrote in his letter to campus president Gregory Woodward, per the Courant. “… This is something that I, as a coach I cannot tolerate.”

The 2022-23 season is a transitional year for Hartford’s athletic programs. It will begin playing at the Division III level in 2023-24.

Hartford had not released a statement or announced an interim coach as of Monday afternoon. The Hawks are scheduled to host Sacred Heart on Tuesday.