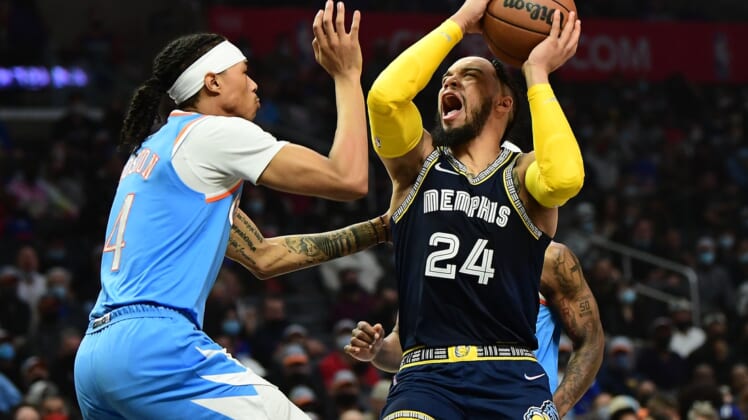 Memphis Grizzlies forward Dillon Brooks will reportedly be sidelined three to five weeks after sustaining a sprained left ankle on Saturday against the Los Angeles Clippers.

Brooks was injured during the second quarter while driving to the basket. He was fouled on the play and was unable to shoot the free throws and was taken to the locker room.

Brooks is averaging 18.4 points and 3.3 rebounds in 21 games (20 starts) this season. He missed the season’s first 10 games due to a fractured left hand.

Brooks has averages of 14.4 points and three rebounds in 261 career appearances (234 starts) over five NBA seasons.

The 25-year-old Brooks has been a steal since being a second-round pick (45th overall) in 2017 out of Oregon.