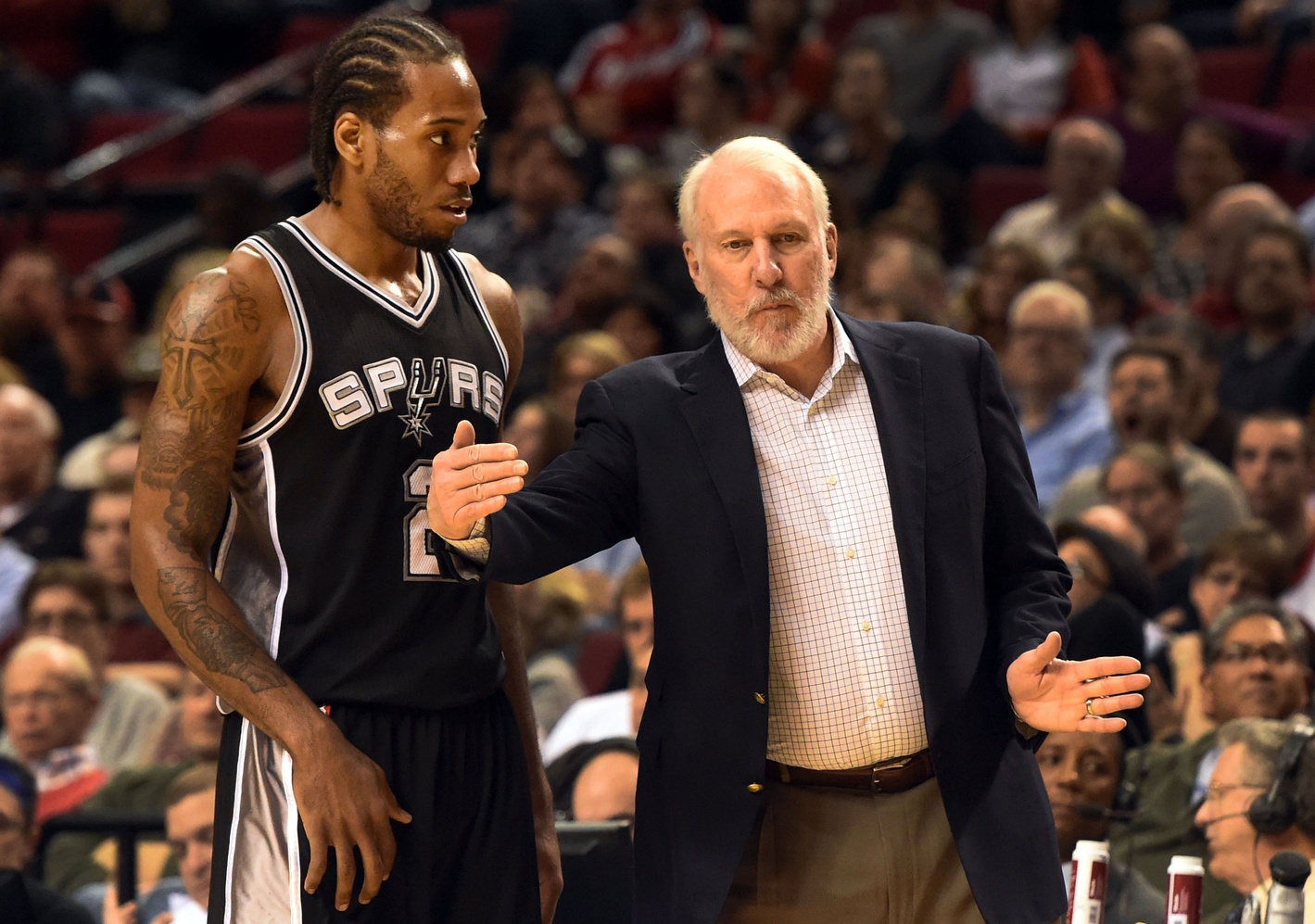 The ever-growing rift between Kawhi Leonard and the San Antonio Spurs doesn’t appear to have a bridge in sight. Now a new report shines even more light on the relationship between the superstar and head coach, Gregg Popovich.

According to Hall of Fame writer Peter Vecscy, the Spurs are “done” with Leonard and will be trading him this summer. Vecsey reports that Popovich didn’t even want Leonard attending practices.

“Keep him away from us,” Popovich would say, via Vecsey’s source, who also notes Leonard’s uncle has been “poisoning (Leonard’s) mind against everyone.”

We recently covered another report by Vecsey in which he detailed a conversation he had with an opposing Western Conference executive. That executive believes the Spurs will be trading Leonard, but only to an Eastern Conference team. If that’s the case, then the New York Knicks and Boston Celtics seem like the most likely options, as both teams have been closely linked to him.

Leonard played in just nine games for the Spurs during the 2017-18 season due to a quad injury. He’s a two-time Defensive Player of the Year and won the NBA Finals MVP in 2014. Needless to say, he’ll be a very intriguing player to follow this summer as teams look to load up for a title run in 2018-19.