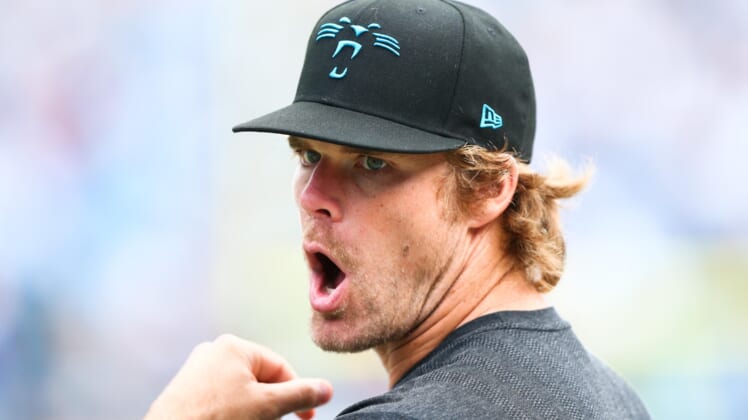 Carolina Panthers tight end Greg Olsen is reportedly set to hang up his cleats and take a job with ESPN as an NFL analyst.

Panthers beat writer Sheena Quick reported this news on Monday as free agency got kicked off, with the caveat that it isn’t yet 100 percent confirmed at this time.

Source tells me Greg Olsen is taking the ESPN job. During the Combine Ron Rivera said that Olsen told him he wants to keep playing football. That was before the Jason Witten news though…

Don’t get too nervous Panther fans, this isn’t 100% confirmed just yet.

The latest we heard from Olsen is that he was eager to play another season in the NFL. And for what it’s worth, he seems to dispute he’s made any decision.

Yet he has been pursued by not only ESPN, but FOX Sports as well and appears to have a bright future as an NFL analyst on television.

Given his recent issues with health (mainly a recurring foot injury), it wouldn’t be surprising to see Olsen call it a career in favor of the booth or studio. If he is done playing football, then Olsen would leave the game having amassed 666 receptions for 7,847 yards and 57 touchdowns.