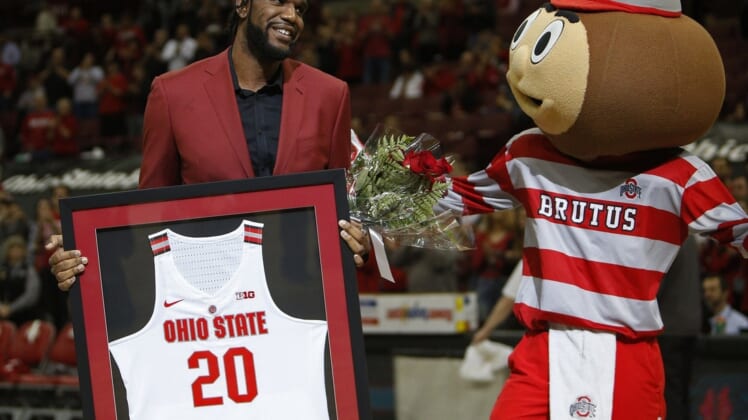 Greg Oden and Thad Matta are reuniting in Indiana. According to the Indianapolis Star, Matta has hired Oden to his coaching staff at Butler.

Back in 2007 — with Matta coaching at Oden patrolling the paint as a First Team All-Big Ten center — the duo led Ohio State to a Big Ten title and an appearance in the national championship game.

Oden was then selected No. 1 overall in the NBA Draft by the Portland Trail Blazers, one pick ahead of 12-time All-Star Kevin Durant. Oden played in just 105 NBA games as his professional career was derailed by knee injuries.

Since leaving the NBA, Oden has played in China, The Basketball Tournament and the Big3 — a three-on-three league.

Oden previously worked under Matta as a student manager on Ohio State’s men’s basketball team in the 2016-17 season while he finished his degree. Last season, Oden was a graduate assistant at Ohio State under Chris Holtmann.

After a five-season hiatus from coaching, Butler hired Matta, 54, earlier this month to replace LaVall Jordan. It’s Matta’s second stint as a head coach at his alma mater.

According to the Indianapolis Star’s report, it’s unclear what specific role Oden will have on the staff.

Oden went to high school just nine miles from Butler’s campus, where he was twice named Gatorade National Player of the Year.