Report: Grayson Allen will likely be a first-round pick 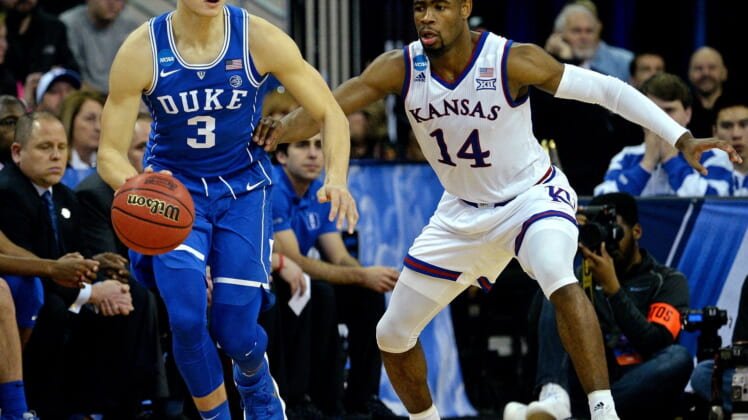 The 2018 NBA Draft is less than a week away and as the countdown draws closer, basketball fans start to get a better idea for what may happen on draft night.

According to Adrian Wojnarowski of ESPN, it’s expected that Duke Blue Devils guard Grayson Allen will hear his name called in the first round on June 21.

“It’s hard for a player who everyone has seen so much of over four years like Allen to change perceptions or have his pre-draft process impact things” Wojnarowski said, via The Woj Pod. “But I do think in spite of all that, he has helped himself here in his interviews and in his workouts and in his pro day … I think Allen’s in this first round.”

Allen, who played for four seasons at Duke and averaged 15.5 points, 4.6 rebounds and 1.7 steals last season, is in play for several teams in the back half of the first round.

According to The Salt Lake Tribune, the Utah Jazz have interest in him and the guard is in play to be the No. 21 pick after a strong workout with the team.

While Allen is notorious for some antics on the court, he carries Mike Krzyzewski’s stamp of approval for an “outstanding career” at Duke.