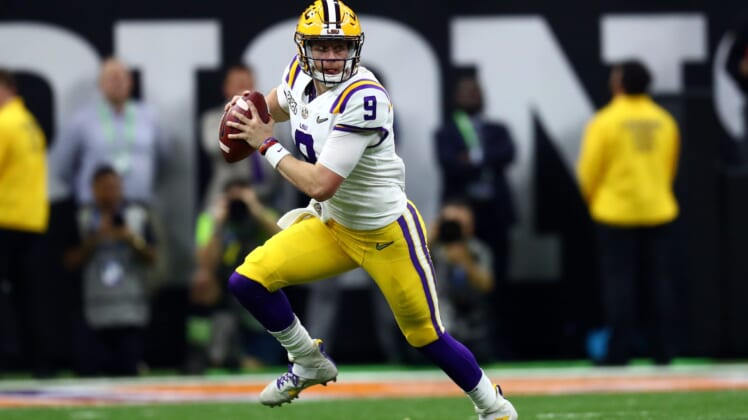 The 2020 NFL Draft is generating a ton of buzz already due to a couple of top quarterbacks who are expected to generate loads of trade interest.

The two quarterbacks won’t surprise you: Joe Burrow is expected by most to be the shoo-in for the first-overall selection of the draft, and Tua Tagovailoa, if healthy, could go as high as No. 2 overall.

To that point, Mike Freeman of Bleacher Report shared that the league generally expects to see “a gold rush to move into those top two spots, and some teams may be willing to give up a bounty to get there.”

He also wrote that “A number of front-office officials say other teams will make serious efforts to leap into the first two picks, held by the Bengals and Washington, to try to get either Burrow or Alabama quarterback Tua Tagovailoa.”

The Bengals are reportedly going to need a king’s ransom times infinity to trade away the top pick and are expected to draft Burrow. Washington, which owns the second-overall pick, isn’t nearly as stuck on keeping it, and nobody would be surprised to see the franchise make a trade.

It’s going to be fascinating to see which team ultimately ends up making the gamble.