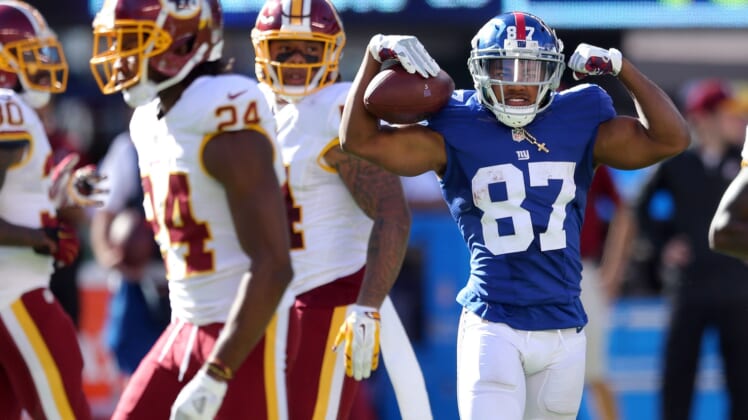 Sterling Shepard has been out of commission with a thumb injury since early in training camp, but he’s reportedly “good to go” for Week 1 when the New York Giants take on the Dallas Cowboys.

Shepard is expected to take on an expanded role for the Giants this year now that Odell Beckham Jr. is in Cleveland.

Last year, his third in the NFL, Shepard set career highs for receptions (66) and receiving yards (872) while catching four touchdowns. The Giants rewarded him for that production, signing him to a four-year extension worth $41 million.