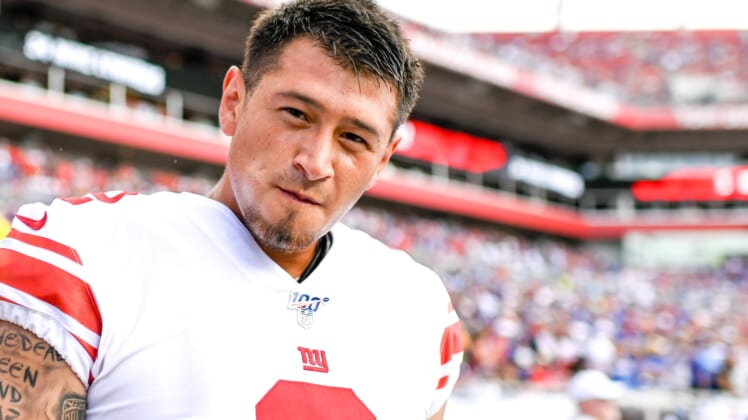 The New York Giants are reportedly preparing to release kicker Aldrick Rosas due to an an arrest in June following an alleged hit-and-run accident.

Rosas was driving his black 2018 Chevrolet SUV in Chico, Calif. on June 15 when he allegedly crashed into another vehicle at an intersection.

Jeremy Bergman of NFL.com provided the following details, which he obtained through the California Highway Patrol:

“According to a collision report, Rosas was driving in his black 2018 Chevrolet SUV in Chico at an estimated speed of 100 mph when he collided with a Ford pick-up truck in an intersection. Rosas attempted to flee the scene, but was soon located by a CHP officer. Rosas then identified himself as the registered owner of the Chevy SUV, was arrested and transported to Enloe Medical Center.”

After the accident, Rosas was charged with misdemeanor hit-and-run and driving on a suspended license.

Aldrick Rosas has put up decent stats for the Giants

Rosas went undrafted out of Southern Oregon in 2016. He was signed by the Tennessee Titans that summer but was released before the season began. In 2017, the Giants signed Rosas, and he’s been with the franchise ever since.

This past March, the Giants tendered Rosas at the second-round level, which would pay $3.26 million in 2020.