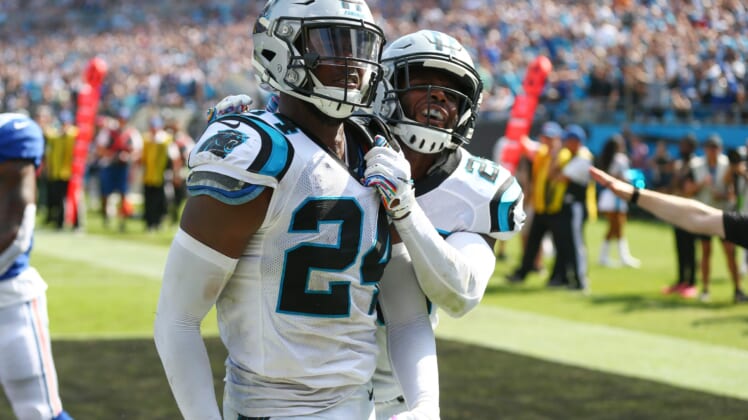 General manager Dave Gettleman and the New York Giants did not waste any time improving their roster on the first day of the NFL’s legal free-agent tampering period.

According to ESPN’s Adam Schefter, New York has made 26-year-old veteran James Bradberry the second highest-paid cornerback in the NFL at $15 million per season.

Bradberry, 26, was a second-round pick of the Carolina Panthers back in 2016. Interestingly enough, it was Gettleman who selected him as the Panthers’ general manager.

The four-year veteran has started 60 games throughout his career, including 16 back in 2017 and 2018. He’s recorded a combined 47 passes defended and eight interceptions.

Bradberry’s contract comes in slightly lower than the $15.1 million the Miami Dolphins are paying Xavien Howard.