Report: Giants GM Dave Gettleman ‘will be gone’ if team has another poor season 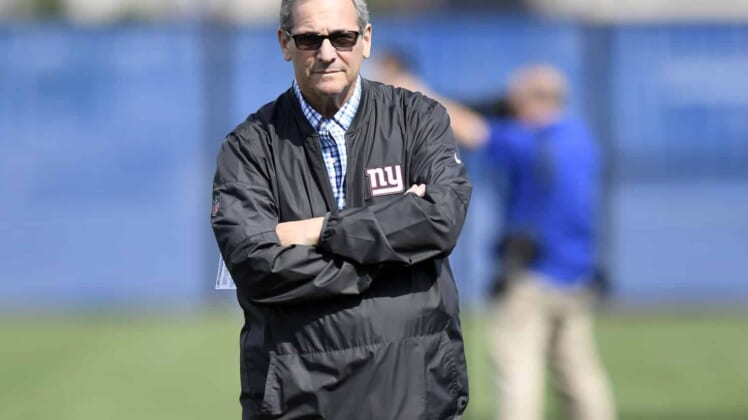 New York Giants general manager Dave Gettleman is reportedly on the hot seat entering the 2020 season and “will be gone” if the team struggles.

Answering questions in his mailbag for The Athletic, NFL insider Jay Glazer made it clear Gettleman has to turn things around this year, or else.

“I don’t know if he’ll end up retiring but yeah, I think he was close this year. He made a case to ownership to come back. He presented a plan for how he’ll turn it around in a year. That needs to happen. If it doesn’t happen, he’ll be gone and rightfully so. If he doesn’t follow through, it’s time to go.”

Glazer also pointed to Gettleman’s “interactions with people” and noted the general manager needs to “make changes” in the way he handles things.

Giants fans haven’t been too happy with the job Gettleman has done in recent years. His decision to use the franchise tag on defensive tackle Leonard Williams this offseason was one of the more mind-boggling moves we’ve seen, and the decision to spend big money on linebacker Blake Martinez in free agency was puzzling as well.

All these issues could end up being a moot point, however, if Daniel Jones becomes the franchise quarterback everyone hopes he will. If that doesn’t happen, it seems likely Gettleman will get the boot after the season ends.