Report: Giants expected to take Saquon Barkley at No. 2 overall 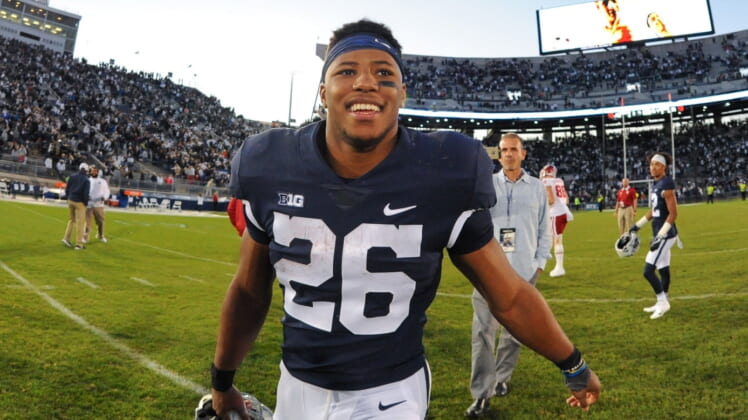 There’s been a lot of buzz about what will happen at the top of the draft on Thursday, and most of it has to do with quarterbacks. One team that reportedly isn’t looking at a quarterback, however, is the New York Giants, who are expected to pick up running back Saquon Barkley.

The always plugged-in Kimberley Jones of NFL Network reported this live from Giants headquarters on Wednesday.

NFL Net's Kim Jones reported live from #Giants HQ that she expects the No. 2 overall pick to be #PennState RB Saquon Barkley.

The Giants have already shown public interest in Barkley, but given the fact that Eli Manning is nearing the age of 40 the team also needs to think about the future at this key position. This report could very well indicate that New York feels confident in last year’s third-round pick, Davis Webb out of Cal.

Landing Barkley would give New York quite the offensive arsenal, assuming Odell Beckham Jr. comes back fully healthy. If New York believes Manning can play a couple more years at a high level and believes Webb is his heir apparent, it makes too much sense to draft the former Penn State product.