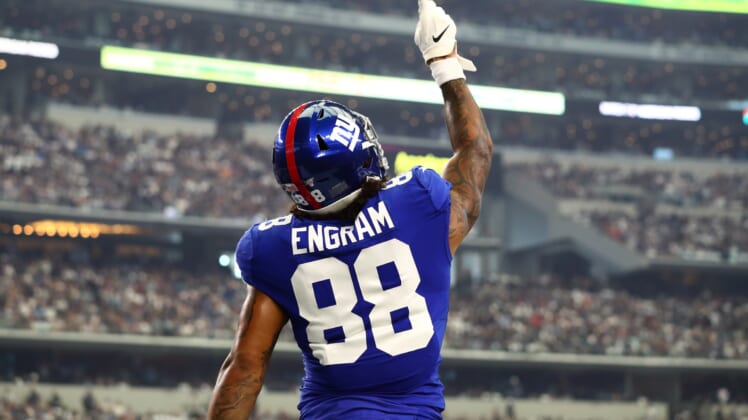 New York Giants tight end Evan Engram has consistently proven his big-play ability every time he takes the field. After struggling to stay on the field the past two seasons, the Giants could reportedly consider trading Engram this offseason.

The Giants reportedly no longer have confidence in Engram’s ability to stay on the field, per ESPN’s Matthew Berry. After missing 13 games over the past two seasons, Engram is now reportedly emerging as a trade candidate this season.

Engram started the 2019 season on a bright note with a 116-yard game against the Dallas Cowboys and recorded 467 receiving yards in his first eight games. A foot injury sidelined him in November and the 25-year-old ultimately underwent Lisfranc surgery in December.

New York can exercise its fifth-year option on Engram by May 30, which would keep him under contract for the next two seasons. However, this is a team that needs its weapons on the field to help Daniel Jones and Engram hasn’t proven he can do that.

Engram remains in a walking boot two months after his original surgery, so the Giants might need to wait until he is fully recovered before exploring a trade. However, it’s clear the organization’s confidence in the 2017 first-round pick is wavering and he may not be long for the team’s plans.