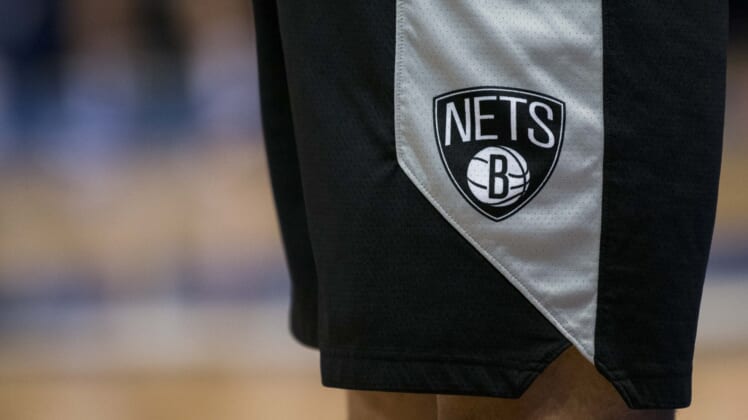 Nov 21, 2018; Dallas, TX, USA; A view of the team logo on the shorts of Brooklyn Nets forward Jared Dudley (6) as he warms up before the game against the Dallas Mavericks at the American Airlines Center. Mandatory Credit: Jerome Miron-USA TODAY Sports

The Brooklyn Nets reportedly had four players test positive for the coronavirus, per ESPN’s Adrian Wojnarowski.

It’s not publicly known which players tested positive for COVID-19, but the Nets have informed recent opponents and those around the team about the positive tests. The Nets have placed their players and traveling party into isolation, per Wojnarowski. In a statement, the team announced that only one player is symptomatic at this time.

DeAndre Jordan recently shared that the entire team might get tested for COVID-19.

While it’s not yet known when the NBA might return, the latest information can be found here.