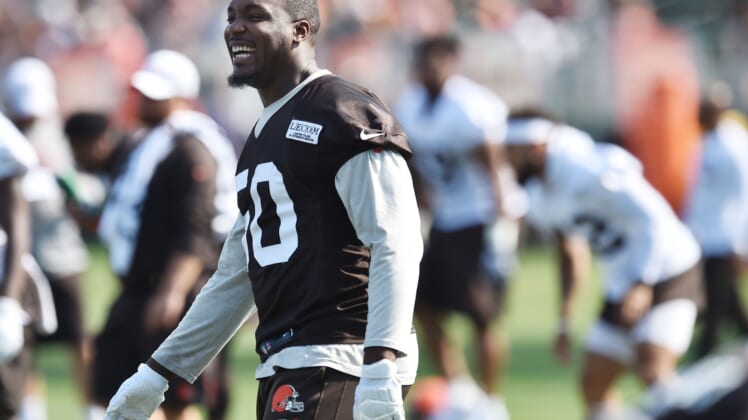 We finally have some feel-good news around the sports world. Former Jacksonville Jaguars and Cleveland Browns defensive end Chris Smith is back in the NFL.

According to ESPN’s Adam Schefter, Smith has signed a one-year contract with his hometown Carolina Panthers.

This is more important than football. As Schefter notes, Smith’s girlfriend was tragically killed in an accident back in September. He was released by the Browns shortly thereafter.

Returning to play for his hometown team is pretty darn awesome. Smith, 28, has recorded 8.5 sacks in parts of six NFL seasons.