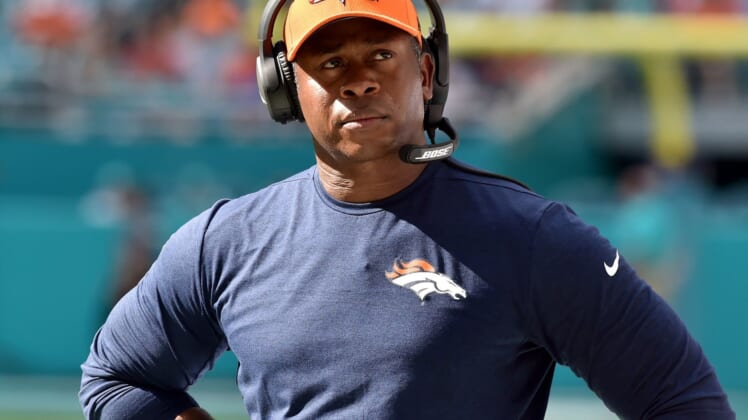 Just recently fired after leading the Denver Broncos to a 6-10 record, Vance Joseph might not be out of a job too long.

According to Ryan Koenigsberg of BSN Denver, Joseph will interview for the Bengals’ head coach opening this week.

Per a source, former Broncos head coach Vance Joseph will interview for the head coach opening in Cincinnati this week.

This news comes one day after the Bengals and longtime head coach Marvin Lewis parted ways with one another.

It also comes on the heels of assistant Hue Jackson being considered a top-end candidate to replace Lewis on the sideline.

Joseph, 46, coached the Broncos to an 11-21 record in two seasons with the team. It’s a stretch that was defined by some pretty bad quarterback play. To some, Joseph acted as scapegoat for a general manager in John Elway who has struggled in the player personnel department recently.

Prior to being Denver’s head coach, Joseph served as the Miami Dolphins’ defensive coordinator in 2016. He also spent time with the 49ers, Texans and these very same Bengals as an assistant.