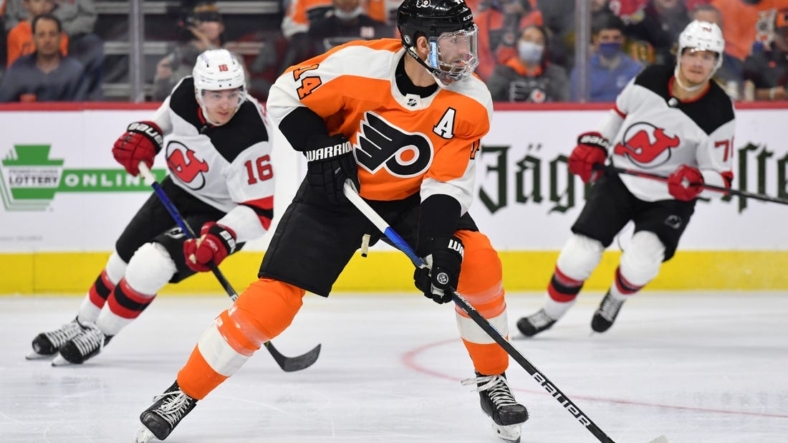 Philadelphia Flyers center Sean Couturier suffered a herniated disc in his back last week and could miss some or all of the 2022-23 season, Crossing Broad reported Monday.

Couturier, who previously had surgery on his back in February, injured the disc during strength and conditioning training last week, per the report.

Sportsnet added that Couturier and the Flyers will seek a second opinion and try to determine whether the injury is the same one that sidelined him for much of last year and necessitated the surgery.

In 29 appearances last year, Couturier had six goals and 11 assists.

The Flyers signed Couturier to an eight-year contract extension in August 2021 that carried an average annual value of $7.75 million. That extension kicked in for 2022-23 and is slated to last till 2029-30.

Couturier won the Selke Trophy in 2020 for “the forward who best excels in the defensive aspects of the game.” He has received Selke votes in nine of his 11 NHL seasons.