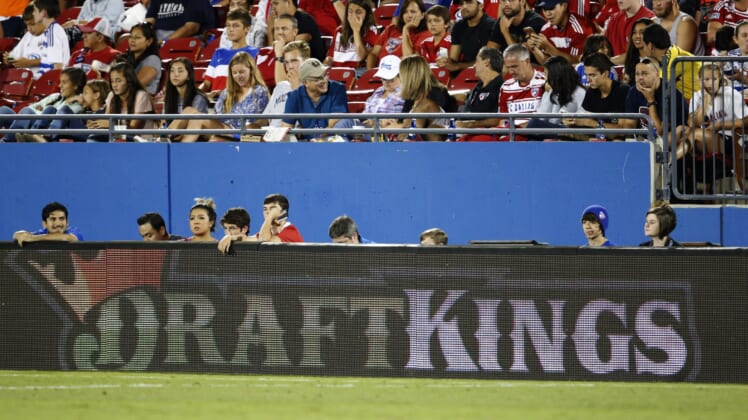 The two biggest daily fantasy football sites in America might soon become one, as FanDuel is reportedly in talks to acquire DraftKings.

Reuters, citing a source, broke this story on Monday afternoon.

Obviously this would be a humongous acquisition for FanDuel, which would essentially have a monopoly on the business. Yes, there are smaller sites out there trying to get in on the action of this ever growing activity. But they don’t have the kind of financial clout to compete with the two top dogs, which may now become one.

With legal questions yet to be answered, it also signals what some might say is a massive gamble. Interestingly, the term gamble is at the crux of the legal issues, as Arizona, Hawaii, Idaho, Iowa, Louisiana, New York, Mississippi, Montana, Nevada,Texas, and Washington all currently ban FanDuel as a gambling site.

If daily fantasy is deemed as a game of chance in the long run, and those states allow FanDuel to operate, then the company’s big bet will certainly pay off.

This story will be fascinating to follow as it develops.