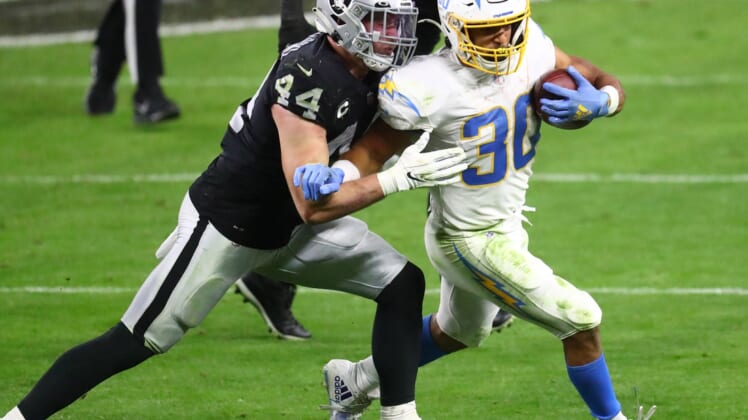 Despite a reported visit with the Raiders earlier this week, the six-year veteran will join the Falcons on a one-year deal.

Kwiatkoski, who turns 29 in two weeks, played just eight games in the 2021 season because of an ankle injury. It marked the first time in his six seasons he did not start a game.

In 2020 Kwiatkoski had a career-high 81 tackles for the Raiders, adding a sack and interception in his 12 starts — also a career best.

Originally a fourth-round pick in 2016 out of West Virginia by Chicago, Kwiatkoski spent his first four NFL seasons with the Bears.

In his 77 career games (34 starts), Kwiatkoski has 286 tackles, seven sacks and two interceptions.