Report: Falcons have talked to Dirk Koetter about OC job 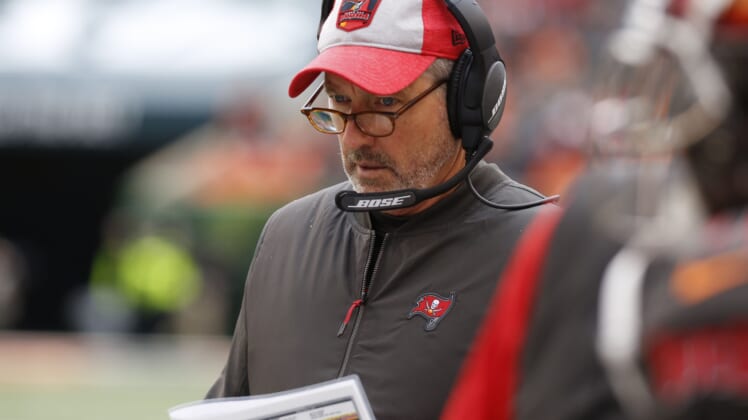 The Atlanta Falcons are going to cast a wide net in an attempt to upgrade at offensive coordinator after firing Steve Sarkisian following two average seasons.

Koetter was fired as the Buccaneers’ head coach the same day that Atlanta moved on from Sark. He posted a horrible 19-29 record as Tampa Bay’s head coach from 2016-18. Though, the 59-year-old veteran coach is a widely respected offensive mind.

He previously served as the Falcons’ offensive coordinator from 2012-14, leading two top-10 offenses in the process. Koetter then served in the same role with Tampa Bay before taking over the head coaching job in 2016.