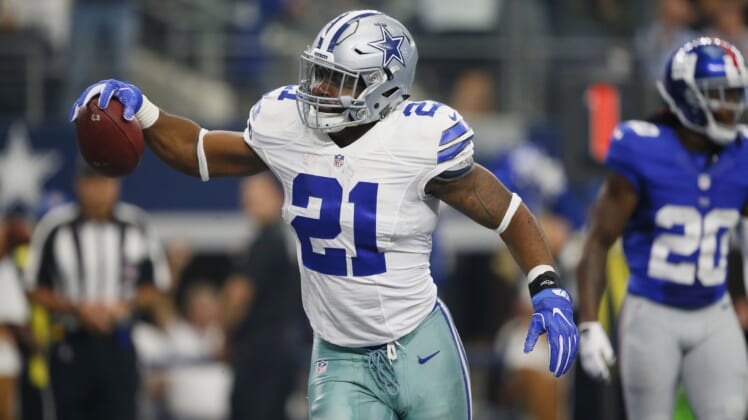 Dallas Cowboys star running back Ezekiel Elliott has been a hold out from the first few days of training camp as he looks to become the league’s highest-paid player at that position.

In his absence, Cowboys owner Jerry Jones made some news recently by noting that teams don’t need a rushing champion to win a Super Bowl.

This led to obvious speculation that the two sides were far apart in negotiations.

According to this report from ESPN’s Josina Anderson, that might not be the case. Anderson notes that there’s a positive update on the extension talks, which includes Elliott becoming the NFL’s highest-paid back.

Anderson is being careful with her reporting. There’s no telling how far a long extension talks are. Last we heard, Elliott’s camp had not offered a counter-proposal to the Cowboys. That might have changed.