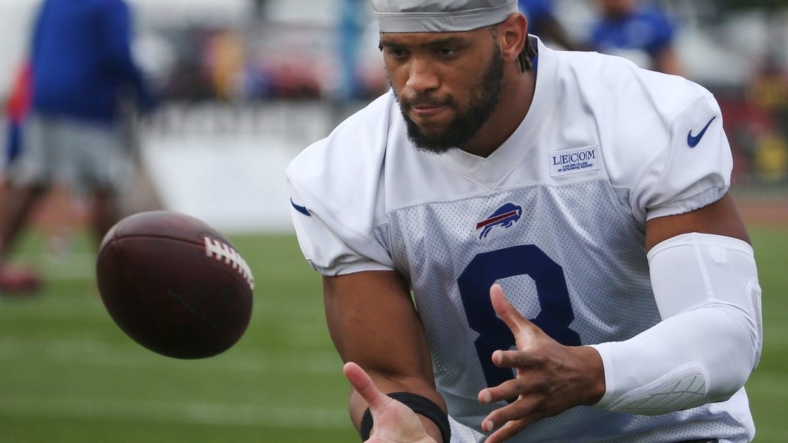 Tight end O.J. Howard is visiting the Cincinnati Bengals on Wednesday, one day after being cut by the Buffalo Bills.

NFL Network reported that the former first-round pick is expected to sign, pending the results of a physical exam.

Howard’s release was a surprise, as he signed a one-year, $3.5 million deal when he joined the Bills on March 16.

In Cincinnati, he will compete for playing time behind projected starter Hayden Hurst. Drew Sample and Mitchell Wilcox are the other TEs on the roster.

Howard was a first-round pick (19th overall) of the Tampa Bay Buccaneers in 2017 after a breakout season with Alabama.

His impact on the Buccaneers was minimized by injuries, including a torn Achilles and high ankle sprain. He caught 14 passes for 135 yards and one touchdown last season.