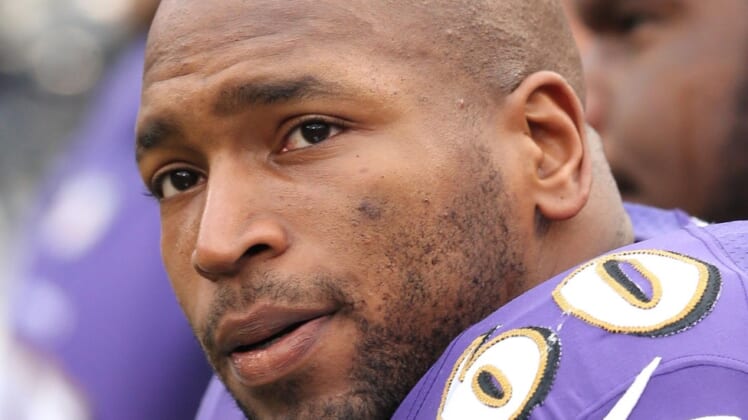 Baltimore Ravens offensive tackle Eugene Monroe failed to show up to mandatory minicamp and is now expected to be released or traded, per Jeff Zrebiec of the Baltimore Sun.

As for Monroe, it appears that Ravens are moving on him from him, either via trade or release. Situation should be settled soon.

Since coming over to Baltimore from Jacksonville in 2013, Monroe hasn’t been the most reliable player, both on the field and as it relates to injuries. He has missed games due to injuries the past two years, and he was mostly unavailable last year, starting just six games.

Monroe was cleared to practice earlier this month, though, after recovering from the shoulder injury that cost him most of the latter part of the 2015 campaign. Perhaps the writing was on the wall already when the Ravens selected Ronnie Stanley No. 6 overall this past April in the 2016 NFL Draft.

It is yet unknown why Monroe failed to show up for the team’s mandatory minicamp this week. A former No. 8 overall pick himself back in 2009, he has never quite lived up to his hype to this point in his career. Still, he has made 90 starts in his seven-year career, so it will be interesting to see if the Ravens can find a trade partner for his services.

Perhaps this will give Monroe the opportunity to become a full-time cannabis advocate for the NFL if he fails to land on a roster this spring. He has already made tremendous efforts to not only help researchers learn more about the benefits of cannabis as it relates to injury recovery but has also advocated for the NFL to change its policy on the currently-banned medicine.