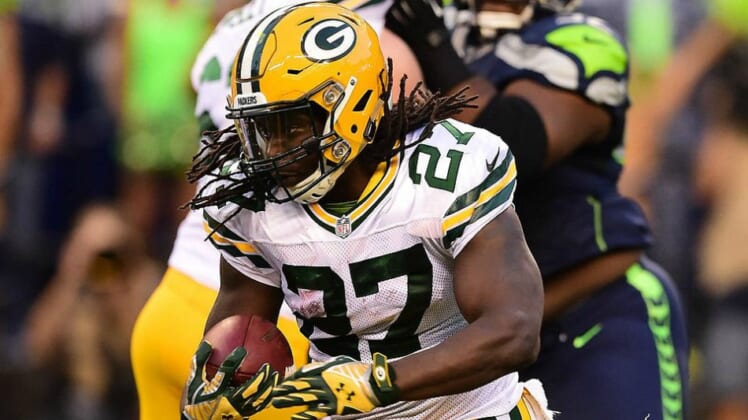 Watching Green Bay Packers running back Eddie Lacy roll around like a chubby bowling ball during the playoffs, everyone knew he needed to lose weight, including P90X creator Tony Horton.

Head coach Mike McCarthy made no bones about announcing the day after they lost to the Arizona Cardinals that Lacy “cannot play at the weight he did this year.”

This was evident all year to those who watched, but his 61-yard rumble against Arizona was the cherry on top of this argument:

Most other running backs in the league would have taken this to the house, but Lacy ran out of steam midway through the run.

After the game, Horton reached out to Lacy, saying he could “save” the running back, and now it appears he’d being taken seriously.

TMZ reports Lacy’s camp has reached back out to Horton and is now in talks with him about training the Packers running back before the next season.

“The Packers will get him ready for the season. My job will be to get the weight off and help him eat better,” Horton said, via the report.

Blessed with plenty of natural talent, Lacy could become a force in this league if he can stay healthy and play at tip-top shape. Many others have benefited from Horton’s videos. Perhaps he can be a force for positive change in Lacy, whose career could go either way at this point.