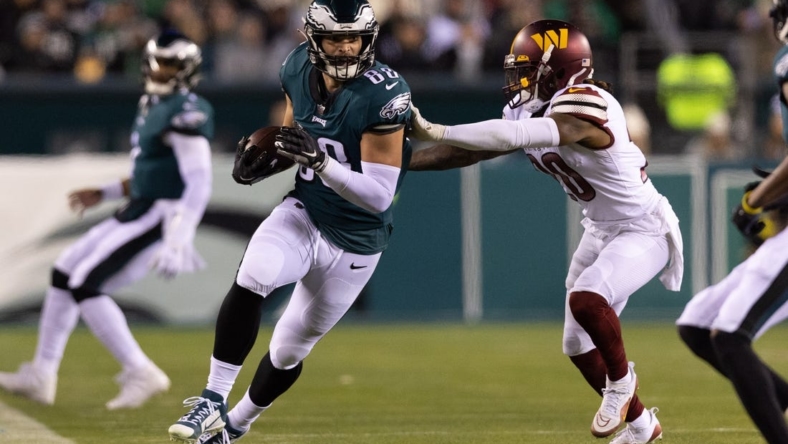 The injury is not season-ending, per the report.

Goedert apparently suffered the injury late in the fourth quarter when he was yanked down by the facemask and landed awkwardly, resulting in a fumble. No facemask penalty was called on the play.

Goedert had three catches for 23 yards and a touchdown in the previously unbeaten Eagles’ 32-21 setback against the visiting Commanders.

Goedert, 27, has 43 catches for 544 yards and three touchdowns in nine starts this season. He ranks second in the league in yards and fourth in catches among tight ends.