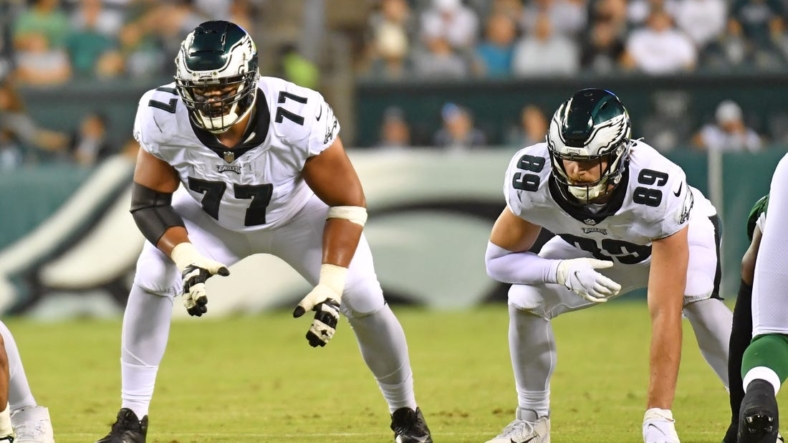 Dillard will likely miss about 4-to-6 weeks before returning sometime next month.

Dillard, 26, sustained the injury during a practice on Thursday.

He was a first-round draft choice (No. 22 overall) in the 2019 draft out of Washington State.

Dillard has played in 31 games (nine starts) for the Eagles. He missed the entire 2020 season due to a torn biceps.

Harris, 30, had 72 tackles in 14 starts for the Eagles last season, his first with the squad.

He spent the previous six seasons with the Minnesota Vikings. Overall, Harris has 356 tackles, 10 interceptions and four fumble recoveries in 95 games (61 starts).

McCain was released by the Eagles at the final roster cutdown. He played in two games for Philadelphia last season and made three tackles.