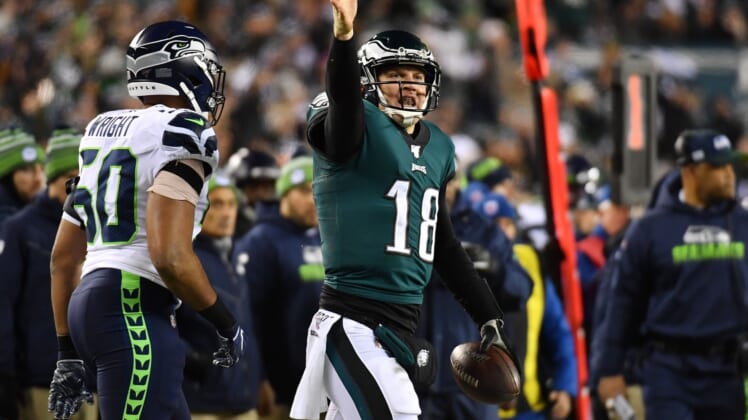 Philadelphia Eagles quarterback Josh McCown showed his toughness as the team fell to the Seattle Seahawks in the NFC Wildcard round earlier this month.

McCown had come out of retirement earlier in the season when the Eagles needed a backup to injury-plagued starter Carson Wentz. At 40-year-old, most figured this represented the end of McCown’s playing days.

According to Jeff McLane of the Philadelphia Inquirer, the Eagles showed interest in McCown as a coach during his exit interview with the team. The insider also notes that said interest was under the guise of McCown becoming Philadelphia’s new offensive coordinator.

McCown ultimately told the Eagles’ brass that he was not yet ready to officially retire from the game as a player.

The Eagles surprisingly fired offensive coordinator Mike Groh following a season that saw their offense struggle big time with injuries. As of yet, head coach Doug Pederson has not found a replacement.