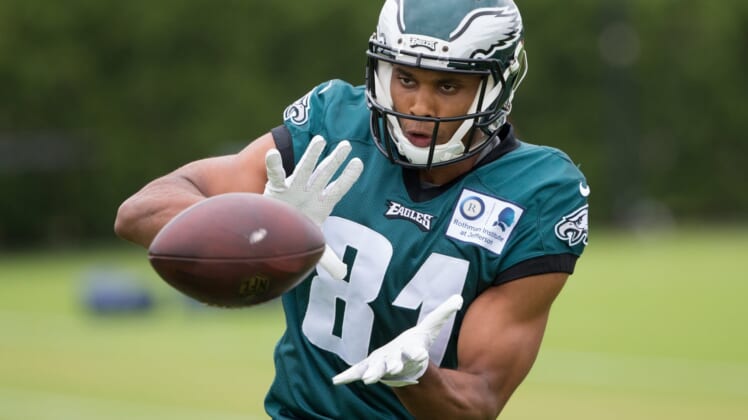 The Philadelphia Eagles wide receiver group is now among the weakest of all contenders in the NFL after the team placed DeSean Jackson on injured reserve.

It’s in this that the Eagles have brought back veteran receiver Jordan Matthews for a third stint with the team.

Released by the San Francisco 49ers last month after appearing in just one game, Matthews returns to Philadelphia.

He was an original second-round pick of the team back in 2014 and had some great success early on. Matthews, 27, averaged nearly 900 yards and six touchdowns over his first three seasons.

The receiver has fallen on hard times since in stints with the Bills, Patriots and 49ers as well as a short-lived tenure in Philadelphia last year. He’s caught all of 64 passes for less than 600 yards over the past three seasons.