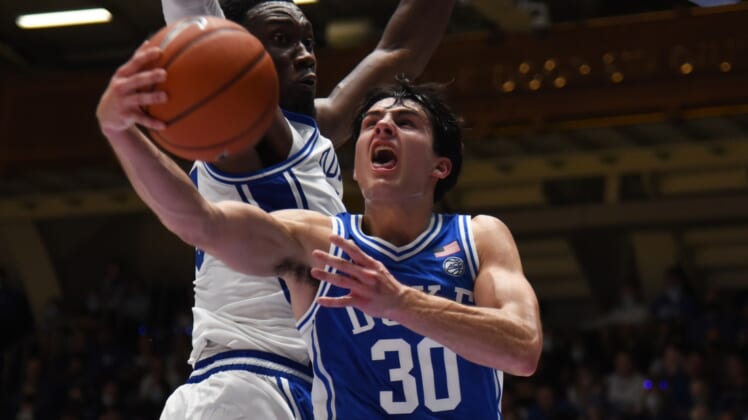 According to Stadium, Savarino will depart Duke as a graduate transfer after three seasons with the program in Durham, N.C.

The former walk-on was placed on scholarship last August and averaged 1.1 points and 2.3 minutes in 11 games with Duke during his grandfather’s final season as coach in 2021-22.