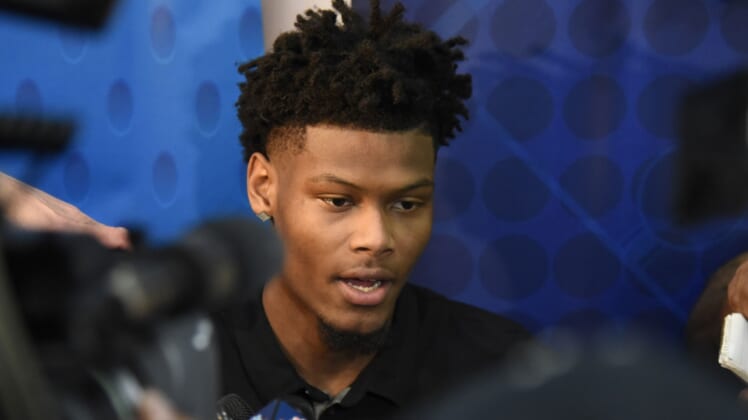 In a critical time to meet and impress teams before the 2019 NBA Draft, former Duke Blue Devils shooting guard Cameron Reddish will be sidelined for multiple weeks following surgery on his core muscle.

According to Shams Charania of The Athletic, Reddish will soon undergo a minor procedure to treat a core muscle injury.

According to the report, Reddish’s procedure comes with a six-week timetable to make a full recovery. The timetable runs through the draft on June 20 in New York.

The star guard reportedly dealt with nagging issues in his core during the season with the Blue Devils and with it still persisting, opted to undergo the upcoming procedure to repair the issue.

Fortunately, the procedure will not impact Reddish’s availability for next season nor training camp with the team that drafts him.

Reddish is a consensus top-10 prospect in the 2019 draft and could even be a target for the New York Knicks if they trade down from the No. 3 pick.