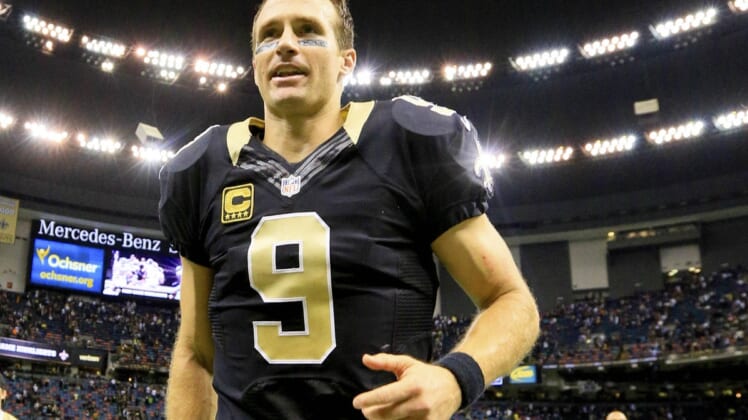 Drew Brees told reporters Monday that he “absolutely” would be interested in a contract extension with the New Orleans Saints.

The 36-year-old quarterback has a cap hit of $30 million for the 2016 seasaon if the Saints keep him around and don’t offer an extension. There is absolutely zero chance of that happening, so either general manager Mickey Loomis will offer him a team-friendly extension or will cut him to save cash.

Perhaps this is why Brees is so eager to try to get something done with the organization, though he isn’t eager to divulge any more information on the topic.

“If those conversations do take place, it would be between myself, my agent, Mickey Loomis and whoever else in this organization that it needs to take place with,” Brees said last week, via Joel A. Erickson of The Advocate. “You guys would only know when you are ready to know.”

The All-Pro signal-caller has made no bones about his desire to remain in the Big Easy. He told the folks at NFL Network last week that he expects both himself and head coach Sean Payton to remain with the Saints in 2016 and beyond.

Though he is clearly entering the twilight of his career, Brees is still one of the league’s top passers. He finished the 2015 season with 4,870 passing yards, 32 touchdowns and 11 interceptions, playing without tight end Jimmy Graham, whom the team shipped off to Seattle in exchange for a first-round pick and center Max Unger.

Given a defense that doesn’t give up the farm every game and a couple more weapons on offense, Brees and the Saints could certainly rebound with a strong season in 2016 after missing the playoffs the past two seasons with records of 7-9.