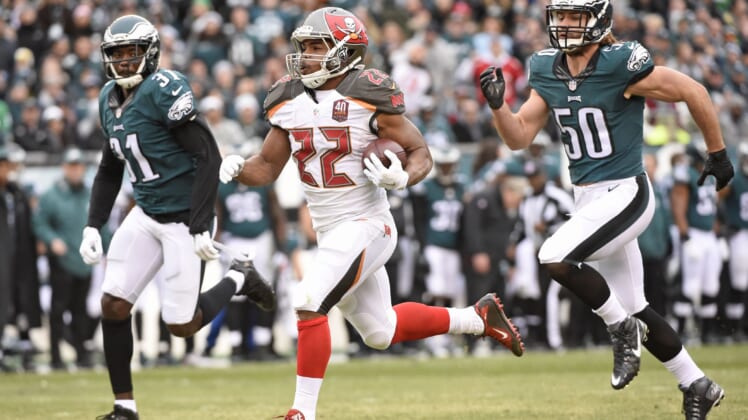 The Miami Dolphins a reportedly adding two starters two their defense through what would be a rather large trade with the Philadelphia Eagles.

According to NFL Media’s Ian Rapoport, cornerback Byron Maxwell and linebacker Kiko Alonso have been notified of a deal sending them to the Dolphins:

Kiko Alonso & Byron Maxwell have both been informed they are being traded to the #Dolphins, pending physicals, source said. It's happening

Both Maxwell and Alonso had disappointing 2015 campaigns with Philadelphia after they were acquired by former head coach Chip Kelly.

Maxwell signed a ridiculous six-year, $63 million contract last March. Struggling with coverage early in the season, the former Seattle Seahawks defensive back picked his game up as the season draw on. However, he’s worth nowhere near the $10-plus million Philadelphia is paying him on this deal.

Acquired from the Buffalo Bills for LeSean McCoy last March, Alonso played in 11 games while recording just 43 tackles. That came on the heels of the former Oregon standout missing the entire 2014 season with a torn ACL.

Alonso was a second-round pick of the Buffalo Bills and found himself as one of the top rookie defenders during the 2013 season. It’s been the injuries that have held the linebacker back.

This report is the latest indication that Philadelphia is looking to rid itself of the players Kelly acquired prior to being fired late last season. It remains to be seen what compensation the team might receive in return.

For the Dolphins, this trade would make a ton of sense. With Brent Grimes likely to be released this week, there is most definitely a need at corner. Miami could also use an upgrade at middle linebacker.