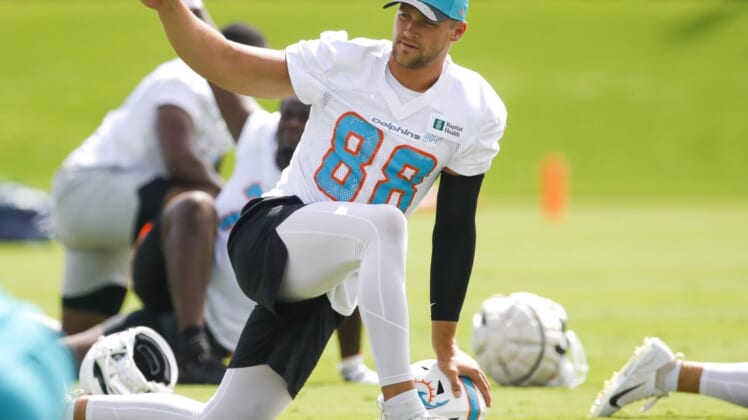 The two sides have until Friday to reach a long-term deal or he will play the 2022 season on a franchise tender, earning a salary of $10.931 million.

The odds of hammering out a new contract appear low, per the report, meaning Gesicki will become a free agent next offseason.

Gesicki, 26, recorded career-high totals in catches (73) and receiving yards (780) to go along with two touchdowns in 17 games last season.