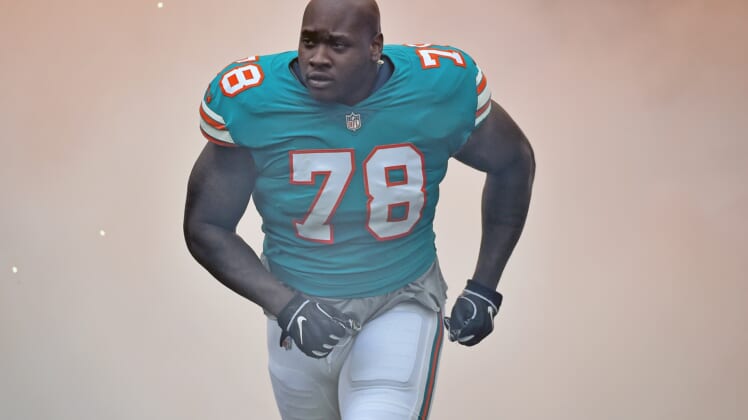 As the Miami Dolphins continue to pursue a trade for Houston Texans edge defender Jadeveon Clowney, the front office might now have an even stronger reason to keep left tackle Laremy Tunsil.

According to The Miami Herald’s Adam Beasley, Miami’s locker room could revolt if the organization moved its franchise left tackle in a trade.

Tunsil is under team control for the next two seasons and given the incredible value placed on left tackles in the NFL and Tunsil’s standing in the locker room, trading him could have disastrous consequences for the Dolphins.

“The backlash would be amazing,” a source told Beasley, via The Miami Herald. “Guys would legit revolt.”

Fortunately for Miami’s players, the Dolphins have refused to include Tunsil in their trade offers to Houston for Clowney.

While the Dolphins would certainly still love to acquire Clowney, his willingness to holdout into the regular season and his leverage by not signing the franchise tag complicate matters.