Report: Dolphins now unlikely to trade up for quarterback 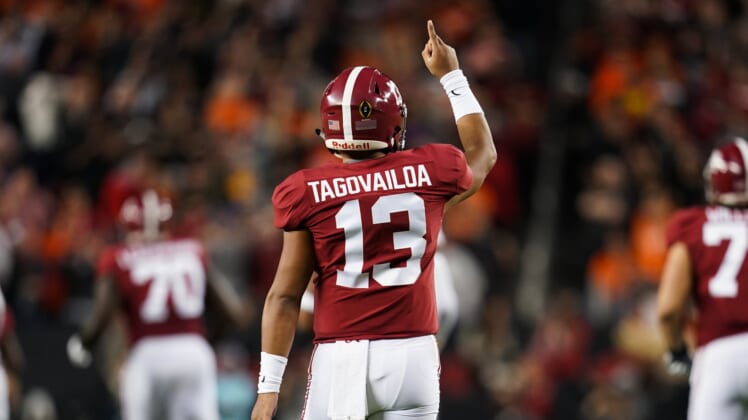 The Miami Dolphins will head into the 2020 NFL Draft with more than enough draft picks to make any move they want. But a new report indicates the Dolphins are now unlikely to trade up to land their franchise quarterback.

According to Pro Football Network’s Tony Pauline, there have been no talks of the Dolphins trading up in the first round of the 2020 NFL Draft.

While many around the NFL expect a team to move up to the No. 3 overall pick to land a quarterback, it seems the Dolphins are willing to stay at the No. 5 overall selection.

It might mean Miami misses out on Tua Tagovailoa, but recent reports indicated the organization might be even higher on Justin Herbert. The Dolphins have done extensive work on the former Oregon Ducks quarterback and he made quite the impression with an outstanding performance at the Senior Bowl.

If the Dolphins choose to stand pat with the No. 5 selection, Herbert would almost certainly fall right into their lap. The front office could then use its two additional first-round picks and two second-round selections to build a strong supporting cast around Herbert.

Tagovailoa will have a chance to prove he is healthy at his Pro Day on April 9. After drawing positive medical reviews at the NFL Combine on his recovery from hip surgery, the former Alabama Crimson Tide quarterback will be in a position to be a top pick when the NFL Draft arrives.