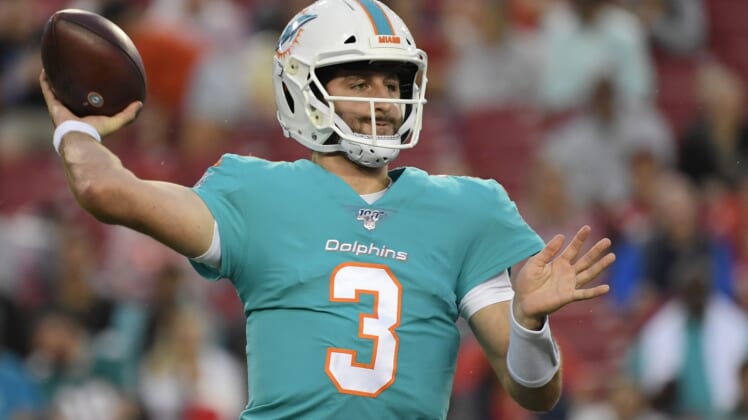 The Miami Dolphins have finally made the move. According to NFL Media’s Ian Rapoport, Miami has named Josh Rosen the starting quarterback over Ryan Fitzpatrick for Sunday’s game against the Dallas Cowboys.

Fans everywhere have been calling for head coach Brian Flores to make this move after Miami was absolutely embarrassed in the team’s first two games.

The Dolphins have been outscored by a margin of 102-10 during this span. For his part, Fitzpatrick has thrown one touchdown compared to four interceptions thus far on the season. He just recently called the organization out after the Minkah Fitzpatrick trade.

Acquired from the Arizona Cardinals in a draft-day trade this past April, Rosen has thrown two interceptions in limited action. At the very least, he offers more upside than Fitzpatrick moving forward.