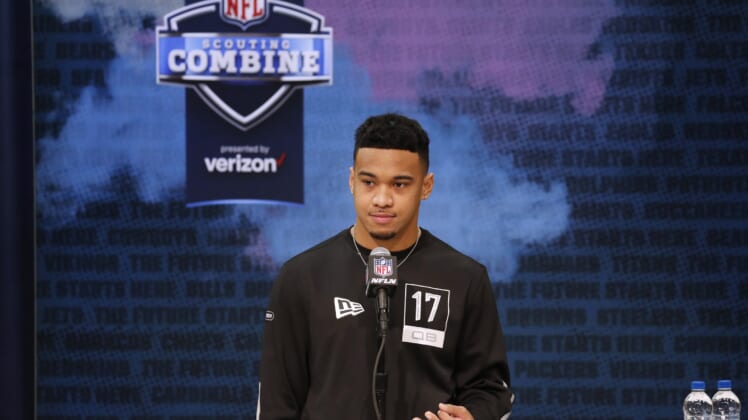 For more than the past calendar year, it’s seemed like the Miami Dolphins have been planning their move for Alabama quarterback Tua Tagovailoa in the 2020 NFL Draft.

Miami has three first-round selections and two second-round picks that it can use to move up from the fifth selection for the former Heisman finalist.

As we’ve seen with other teams in the recent past, Miami might have soured on Tua and could be leaning in the direction of Oregon’s Justin Herbert.

“I’m told by multiple league sources that the Dolphins aren’t convinced Tua is the best option and could instead target Oregon’s Justin Herbert,” Bleacher Report’s Matt Miller reported. “The situation is fluid, but the buzz around the league is that Herbert has the most fans in the Dolphins’ draft room.”

Despite suffering a devastating hip injury with the Crimson Tide last season, Tagovailoa is said to be 100% recovered. That has not stopped teams from pushing back against the idea of selecting him early. An inability to meet with the quarterback in person due to the COVID-19 pandemic has only added to this.

As it relates to Herbert, Miami might have some competition for his services. If that’s the case, the team might have to ultimately move up from the fifth spot for the former Duck signal caller or ride it out with Tua.