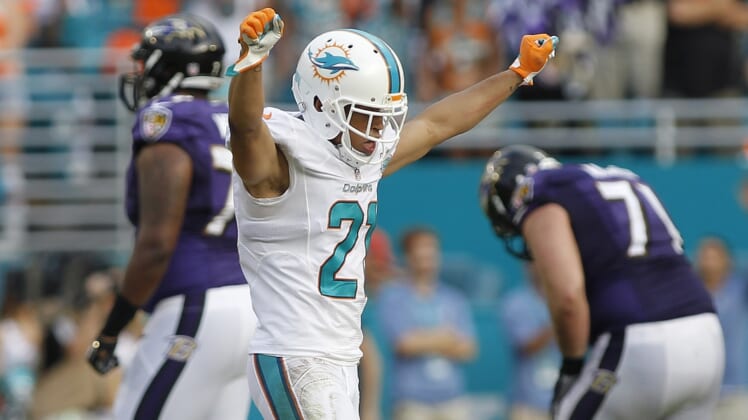 Moving on from your top cornerback normally isn’t something teams tend to do. In today’s pass-first NFL, having that true shut-down guy is one of the most important aspects of building a contending team.

But as in every avenue of life, finances play a larger role.

Just tell this to Miami Dolphins Pro Bowler Brent Grimes, who is expected to be released by his team here shortly.

“The Miami Dolphins are expected to release Pro Bowl cornerback Brent Grimes in the coming days,” Omar Kelly of the Sun-Sentinel reported Monday. “The move will be made to create more salary cap space for the start of free agency, which begins on Wednesday.”

Grimes, 32, has earned a Pro Bowl spot in each of the past three seasons. This past year, the veteran corner recorded 49 tackles, 14 passes defended and four interceptions.

By releasing Grimes, the Dolphins would save $6.5 million against the 2016 cap with a dead money hit of $3 million. Grimes had two years remaining on the four-year, $34 million deal he signed back in 2014.

There’s also the issue of Grimes’ wife, Miko, who has been a truly enigmatic force since her husband joined the Dolphins. Her list of questionable actions include a Twitter rant against the NFL in 2015 and an arrest this past September at a Dolphins game on charges of disorderly conduct and resisting arrest.

It’s not yet known whether she played a role in Grimes’ release, but we can all agree that she hasn’t helped his career.

At 32 years old, Grimes is unlikely to receive a long-term deal on the open market. He, however, will be a highly sought-after commodity at this all-important position.

The expected release will also make corner Miami’s top priority when free agency starts on Wednesday. They have no other proven starter-caliber talent on the roster, something that will need to be addressed in short order.