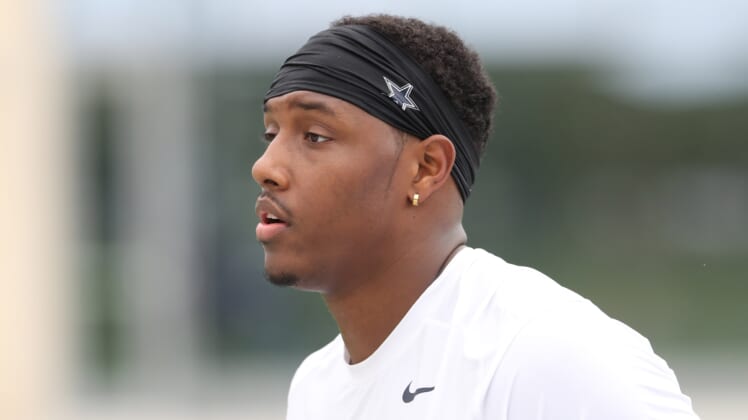 The Miami Dolphins might have five first-round picks over the next two years as they start a long-term rebuild.

However, the team did add a former first-round selection off waivers on Thursday in the form of defensive end Taco Charlton.

A first-round pick of the Dallas Cowboys back in 2017, Charlton was waived earlier in the week after recording just four sacks in two-plus seasons with the team. He was inactive for the Cowboys’ first two games.

Charlton made waves earlier this month when he pretty much demanded to be traded or released. He now joins a team that’s been outscored 102-10 in its first two games.

But hey, South Beach in September is nice.