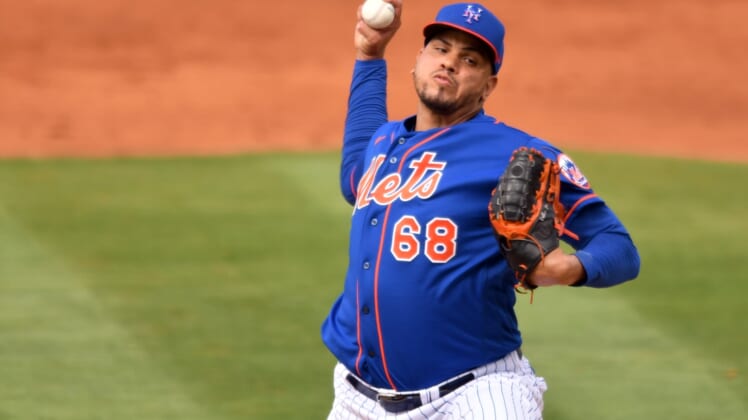 The 34-year-old right-hander would earn a prorated portion of a $2.75 million base salary if he reaches the major leagues, according to the New York Post. He could earn an additional $500,000 in performance bonuses.

Betances has made only 17 appearances in the past three seasons. He had surgery on his pitching shoulder after just one game with the New York Mets in 2021. A torn Achilles tendon ended his 2019 season with the New York Yankees after eight pitches.

The Dodgers plan to open the season with a 16-man pitching staff, but it remains to be seen how soon Betances would be ready to join a bullpen that added closer Craig Kimbrel last week in a trade with the Chicago White Sox.