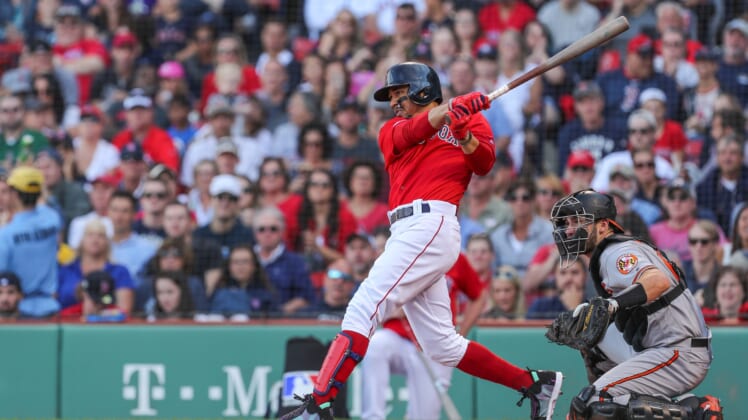 As trade talks to land Cleveland Indians shortstop Francisco Lindor reportedly fizzle, the Los Angeles Dodgers have turned their attention to the Boston Red Sox and a move to acquire Mookie Betts.

According to MLB.com’s Jon Morosi, the Dodgers have reportedly engaged in discussions with Boston about a deal for the four-time All-Star outfielder and 2018 AL MVP.

According to the report, the conversations between both teams have more traction than the Dodgers’ discussions for Lindor with Cleveland. The Dodgers’ unwillingness to trade top prospect Gavin Lux seems to be a dealbreaker for the Indians, but not the Red Sox.

The deal could also expand beyond Betts. Los Angeles needs pitching and it could offer to take on the remainder of David Price’s $96 million contract, plugging a hole in the rotation, and lessening the return of prospects headed to Boston.

Moving Betts, who is coming off a season with 29 home runs and a .915 OPS, would still reportedly net the Red Sox a top prospect in addition to salary relief. Given the desire of ownership to cut payroll in 2020, offloading Betts and Price’s contracts while obtaining a top prospect could be enough to convince them to move the star outfielder.