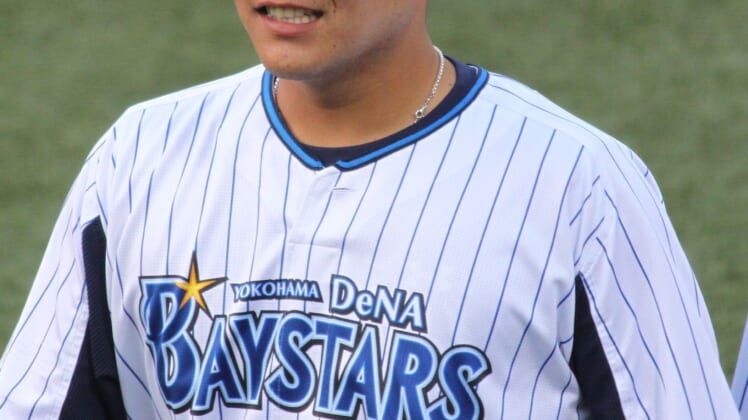 After swinging for the fences and striking out on top-end free-agent targets, it looks like the Los Angeles Dodgers might go international for a big addition.

Tsutsugo, 28, was posted back in October. He’s facing a deadline next week to either sign with a Major League Baseball club or return to the Yokohama DeNA BayStars of the Japanese Central League.

Considered a top international talent, Tsutsugo hit .272 with 29 homers, 79 RBI and an .899 OPS last season. That came off a three-year stretch in which he averaged 37 homers and north of 100 RBI.

Seen as Major League ready, he became the youngest player in BayStars history to reach the 200-homer plateau. Current Houston Astros star Yuli Gurriel played with Tsutsugo in 2014 and 2015.