Report: Diamondbacks and Orioles have talked about Manny Machado trade 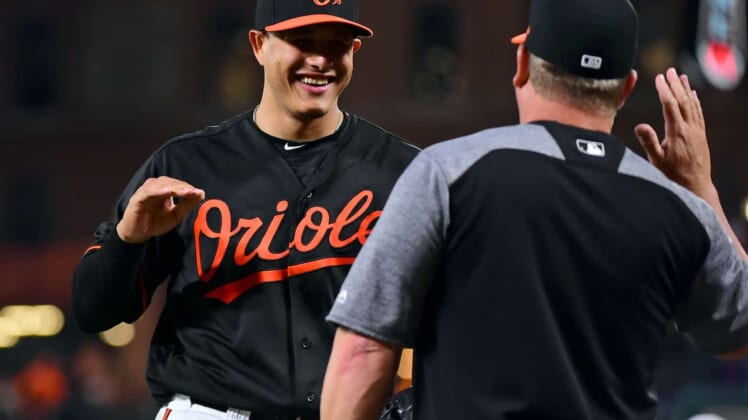 A new suitor has entered the Manny Machado sweepstakes. According to a report, the Arizona Diamondbacks have been in contact with the Baltimore Orioles about possibly acquiring the slugger.

Sources: #DBacks, #Orioles have been in contact about a possible Manny Machado trade this season. Dialogue remains open between the clubs. This is viewed as due diligence on Arizona’s part as the team’s needs become clear. @MLB @MLBNetwork

Machado has been tied to multiple teams. The Chicago Cubs and Cleveland Indians have both been listed as favorites. The Boston Red Sox have also been listed as a possible destination, though recent talks have suggested that might not be likely.

The Diamondbacks’ interest certainly makes sense. Arizona has struggled offensively at both shortstop and third base. Diamondback shortstops have hit .235/.297/.447, while the third basemen have been even worse, going .214/.305/.393.

Machado can play both positions at a high level. He’s thrived offensively in 2018, hitting .310/.377/.567 with 18 home runs. With the Orioles sporting baseball’s worst record and Machado being a pending free agent, the list of interested teams is only going to get bigger.