Report: Devin Singletary so good Bills could get trade calls for RBs 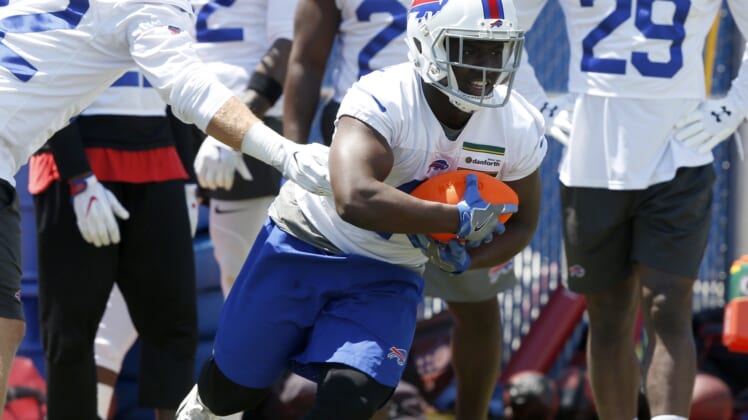 Buffalo Bills third-round rookie running back Devin Singletary has been making quite a bit of noise in training camp, and his ascent could lead to trade calls for other running backs on the team.

Albert Breer of The MMQB shared that Singletary has “picked up enough to be a three-down back right away, even if the Bills, based on their own depth, don’t need him to be.”

He also wrote, “I’d expect Buffalo to get trade calls” on running backs.

The most obvious person who’d be the target of any trade calls is 31-year-old veteran LeSean McCoy.

Though McCoy is coming off his worst season as a pro, it’s worth pointing out that he had little-to-no help last year playing behind an atrocious offensive line. He also dealt with injuries and missed two games.

Still, we have targeted McCoy as a potential training camp cut this summer. This is mainly because of Singletary, and because Frank Gore is still going unbelievably strong at the age of 36.

We’re going to be keeping an eye on Singletary throughout the preseason. If he continues to shine, don’t be surprised if McCoy isn’t on the roster come the regular-season opener — one way or another.