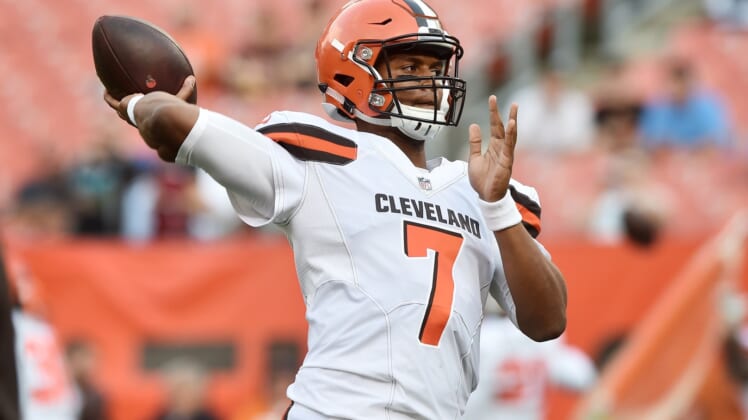 Things just keep getting more exciting on this busy NFL news day. According to ESPN’s Adam Schefter, the Green Bay Packers have reportedly acquired DeShone Kizer from the Cleveland Browns in the previously reported trade that sent cornerback Damarious Randall to the Browns.

Browns traded QB Deshone Kizer to Packers for CB Damarious Randall, per source. In addition; the teams’ swapped picks in the 4th and 5th round.

Kizer was selected by the Browns in the second round of the 2017 NFL Draft. He played in 15 games as a rookie, passing for for 2,894 yards with 11 touchdowns and an awful 22 interceptions.

Giving up Kizer makes sense considering that Cleveland acquired Pro Bowl quarterback Tyrod Taylor from Buffalo earlier in the day. The team is also highly expected to take a rookie quarterback in the 2018 draft.

For Green Bay, Kizer can sit back and learn from a future Hall of Famer in that of Aaron Rodgers. Providing Rodgers remains healthy, it will be years before Kizer is expected to start in Green Bay.