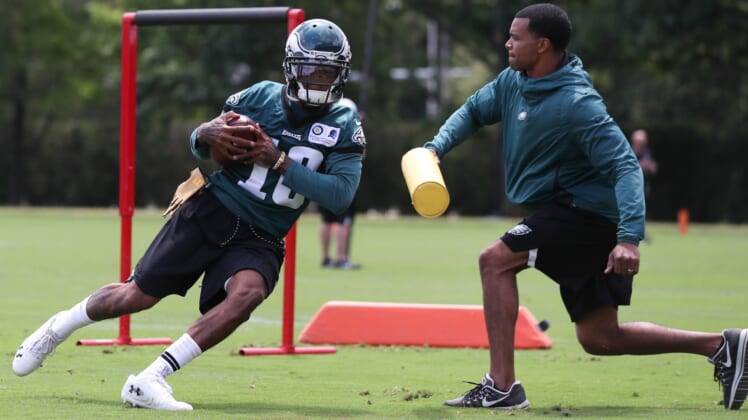 The Philadelphia Eagles got a bit of a scare Tuesday during practice as DeSean Jackson suffered a broken finger on his left hand, per Ian Rapoport of NFL Media.

Per Rapoport, Jackson thankfully “is not expected to miss time and the team is not concerned.”

Jackson has put together a phenomenal training camp this summer with the Eagles, who have been pleasantly surprised at his mature approach.

The expectation is that Jackson is going to help Carson Wentz take another step forward in his development as the team’s franchise passer. He also may return punts, which he became famous for during his first tenure with the Eagles.

Fans in Philadelphia are clearly excited to have Jackson back. They welcomed him back to the fold with a rousing ovation during a recent practice at Lincoln Financial Field.