Report: Deondre Francois out for season with torn patellar tendon 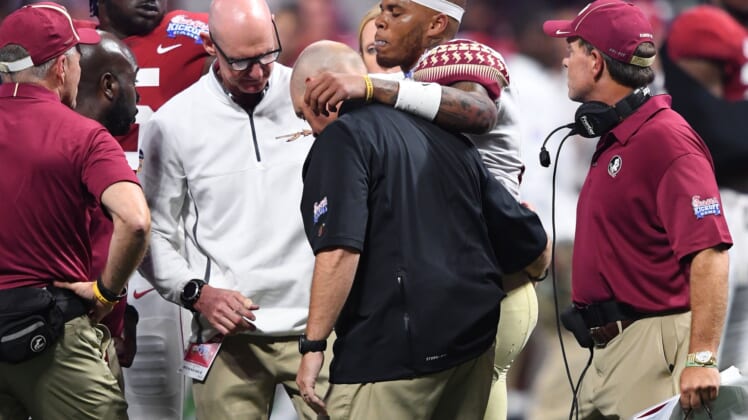 The Florida State Seminoles will be without quarterback Deondre Francois for the foreseeable future after he was diagnosed with a torn patellar tendon.

Francois could have surgery on the knee as early as Tuesday, per the report.

When Francois went down late in the fourth quarter against Alabama, we feared the worst because of how his knee got bent up and twisted.

This is a very serious injury. It’s the same type of injury that NFL free agent Victor Cruz suffered during his tenure with the New York Giants, which ultimately was the beginning of the end. However, another NFL star — Seattle Seahawks tight end Jimmy Graham — recovered well and is back to making big plays.

For Francois, this is hopefully just a setback. He is one of the toughest quarterbacks in college football, not to mention one of the most talented. Before exiting Saturday’s game against Alabama he had been hit numerous times yet continued to hang tough, finishing with 210 yards with one touchdown and two interceptions.