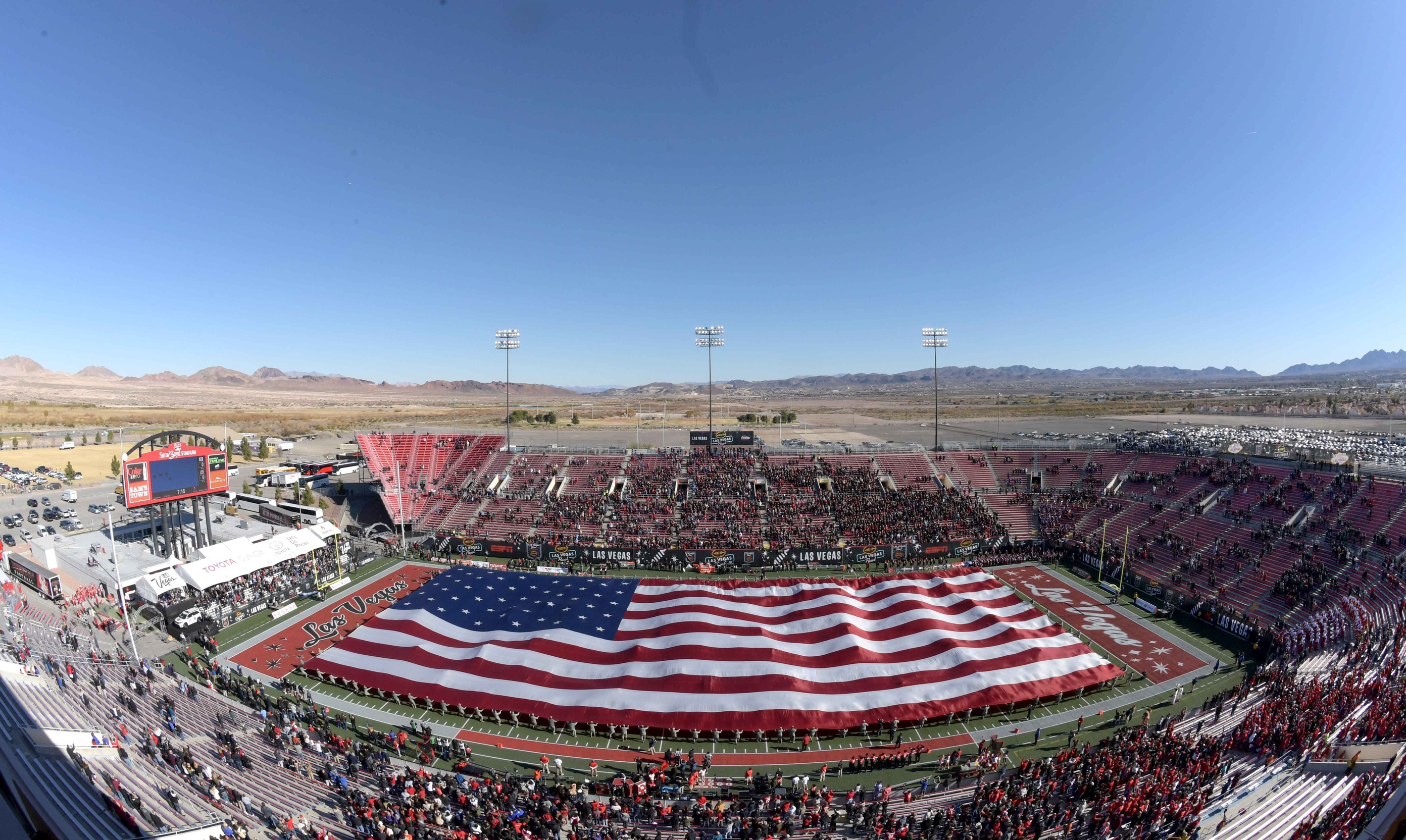 We already know that the NFL is set to vote on a possible Oakland Raiders relocation to Las Vegas this upcoming Monday. We also know that Raiders owner Mark Davis and Co. likely have the necessary votes for league approval of relocation (more on that here).

Now that the Raiders uprooting from Northern California could prove inevitable here soon, the largest question will be when that might happen. Suggestions have been that the new venue in Vegas wouldn’t be ready until the 2020 season, meaning the Raiders would remain in Oakland until then.

However, a stunning recent report from Joe Arrigo of Inside the Rebels and ESPN Las Vegas suggests otherwise. According to Arrigo, a deal is in the works that would enable to the Raiders to play at Sam Boyd Stadium, the home of UNLV’s football team, until the $1.9 billion state-of-the-art venue is ready for football.

Per sources: "#Raiders & Stadium Authority are close to a lease agreement & the NFL is await of terms and have no issues w/ it" (1/2)

Arrigo goes on to report that the Raiders have already met with the home owners association around Sam Boyd Stadium. At that point, the team voiced potential concern over security and other logistical issues. It was then that the HOA increased budget for security around the impacted area.

That same HOA also increased the security's budget that same night. Worth noting should SBS be used prior to 19' (after Oak lease is up)

Yes, this seems to be a real possibility. The Raiders themselves could potentially play at a college venue in Las Vegas until their new state-of-the-art stadium is built.

One of the primary issues here would be the capacity at Sam Boyd Stadium. The Raiders would like to add 7,000 seats to the stadium, which currently holds 40,000 people.

None of this is etched in stone. What it does mean is that the Raiders might not be left playing out the string in Oakland until their new venue in the desert metropolis is ready for football.

We will surely know more once the league-wide votes takes place. But Arrigo does indicate that a welcome rally is potentially planned for the Raiders in Vegas some time next week.