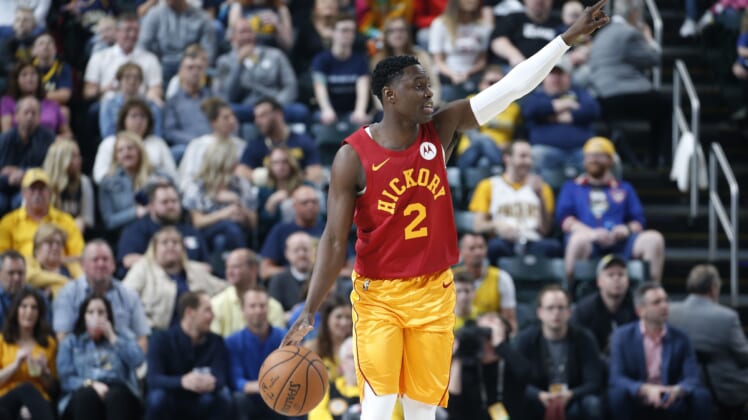 Just six months after stunningly retiring from basketball to focus on his faith and family, point guard Darren Collison is reportedly considering an NBA comeback.

According to ESPN’s Adrian Wojnarowski, Collison is contemplating a return in February and views the Los Angeles Lakers and Clippers as his preferred destinations for a potential NBA return.

Collison surprised everyone in June when he announced he was stepping away from basketball following his age-31 season. He averaged 11.2 points, six assists and 1.4 steals per game during the 2018-’19 season with the Indiana Pacers.

Following the season, the veteran point guard emerged as an option for the Lakers in free agency before he made his surprising decision to step away from basketball.

A return in February would allow Collison to work his way back into basketball shape, though his conditioning might still be a little behind when he returns to the court.

He could be an excellent addition to either the Lakers or Clippers. He’d likely need to settle for a lesser salary to play for either contender, but a chance to compete for a title would be worth it.